How to give your living room the Big Bang Theory Look 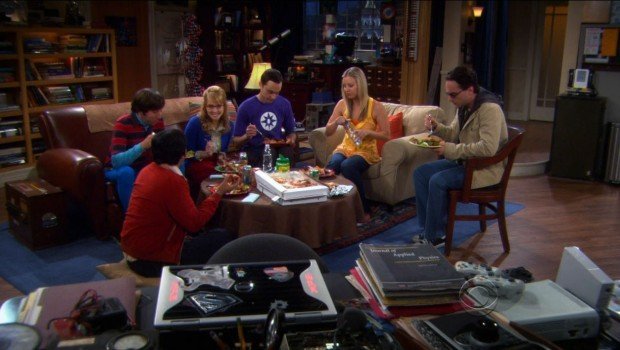 Who doesn’t love the Big Bang Theory?  I feel like I’m learning something while being highly amused at the same time.  30 minute doses of Sheldon Copper and his incredible personality that leaves you thinking "I have a little Sheldon in me".

Furthermore I wonder how many of you have thought about giving your living room that Big Bang Theory look?  We will be taking a look at apartment 4a, the home of Sheldon and Leonard.

The Cast in the Apartment 4a living area.

So what we will cover in this post is how to give your living area the same/similar look to the Big Bang Theory set.  We will go through each main item that the cast use on a frequent basis in the above image.

Let’s start with the traditional brown sofa, famous for ‘Sheldon’s spot’ and the centre piece for most of the living room scenes where the majority of the cast are present.  Normally these scenes involve them eating or socialising.

In deciding on this sofa we had to look at a few similar styles until we finally chose this brown sofa from MADE.com 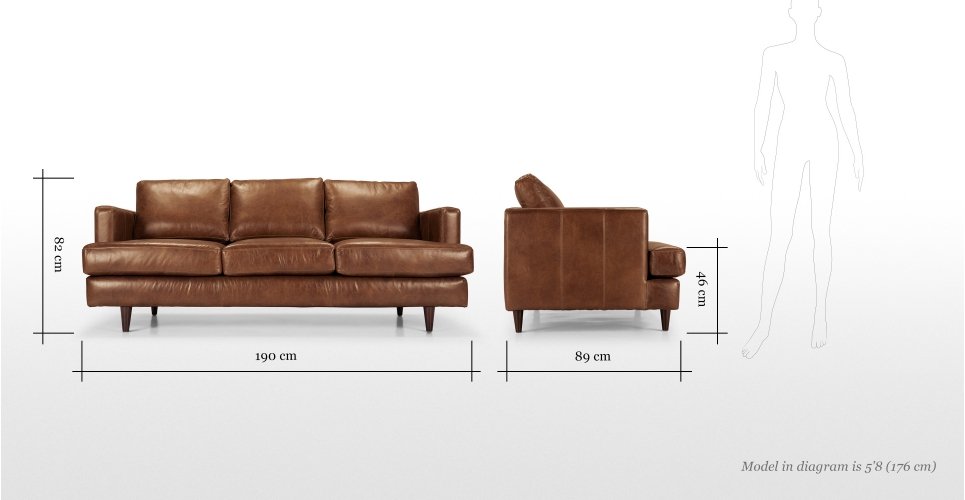 Resembling the classic brown sofa you see in the majority of scenes in Big Bang Theory.

This sofa is priced at £999 and includes high quality top grain leather and can be found at Made.com

The famous armchair in Big Bang Theory that sits to the right of the brown sofa is normally used by Leonard and Penny.

We have gone for something similar here but not identical just to offer a little variety but you can go with whatever style you like here.  I always find I never really specifically look at the armchair but always know it’s there so small designs and patterns on the armchair are most likely to go unnoticed. 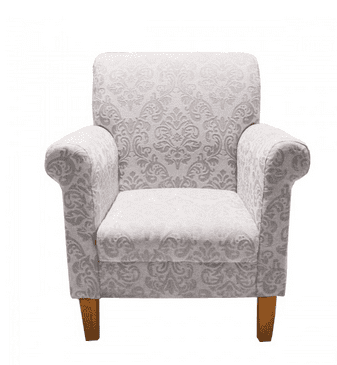 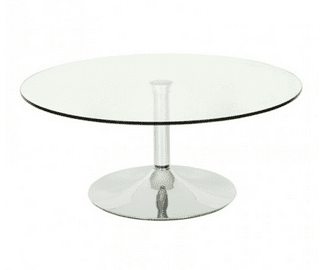 I must admit I was unsure as to what to go for here as in some scenes the coffee table looks clear and in others it looks dark glass.  We went for clear glass in the end but if you would like a dark glass version of this table then there will be a link at the bottom of this post with an image of the dark glass coffee table. 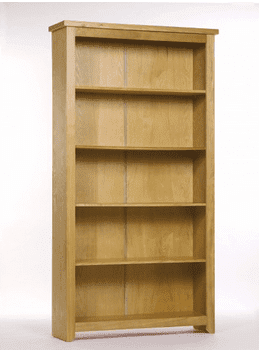 The iconic bookcases that are one of the main features of Apartment 4a.  Situated at the back of the room, behind the sofa, you will find the light wood bookcases. As you can expect with Big Bang Theory they are full of science books.  In a recent episode you can see the bookcases featured more when Sheldon is looking for an alternative to his research in string theory and locates the geology book.

Please note we suggest buying two of the above bookcases so you can match the layout of the set. 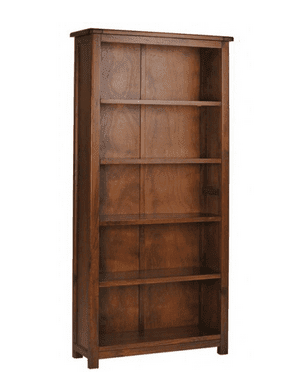 Similar to the lighter bookcases they are situated at the back of the room but the dark wood bookcases can be seen to the right of the sofa and next to the window.

The above bookcases don’t come with lighting but these can be purchased separately and you can pick up small LED lighting in packs of 4’s for a few pounds.

Please note we suggest buying two of the above bookcases so you can match the layout of the set.

If you look closely you can see there are actually two rugs used on the floor, a blue one and then a multi-coloured rug, we have similar styled rugs to display and can match your floor to BBT style. 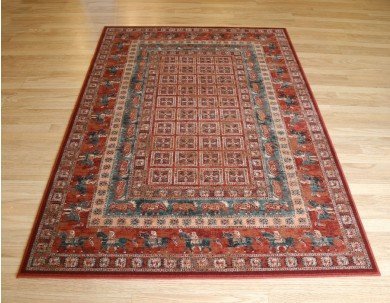 The rug is also known as Raj and Howards spot when everyone is eating.  This is odd because, as you can see in the picture below, the armchair we featured earlier is vacant but I quite like the aspect of the sitting on the floor.  I feel it brings a warm, family feel to the scene as I remember growing up family members would sit or even lie on the rug while we all watched television or had a chat about what had happened that day.

Side Table Next To Sheldon

The side table which is featured next to “Sheldon’s Spot” and the location of the table lamp is one of the most critical parts of the room to feature in my opinion. Who doesn’t love Sheldon and adding furnishing that have some resemblance to this spot in your home is one of the reasons you would want to make your home more like Big Bang Theory. Who doesn’t want their own “Sheldon’s Spot”? 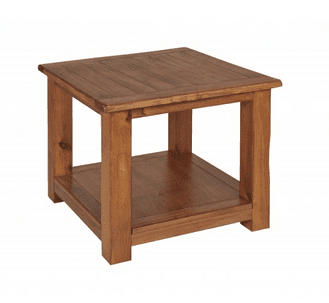 Table Lamp Next to Sheldon 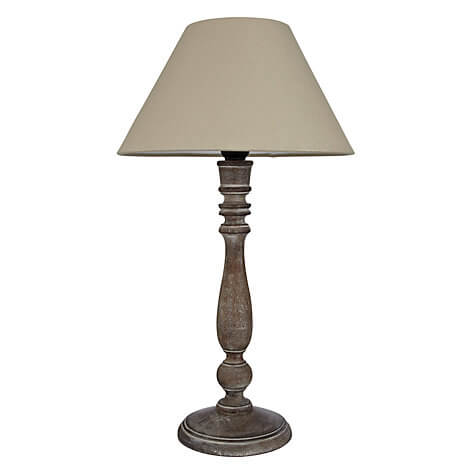 The iconic cream shade with the wooden base, which is available from John Lewis

I do however feel the table lamp is highly important to making your room feel similar to BBT as it is located next to “Sheldon’s Spot” one of the funniest scenes of BBT was when Leonard brought in the new sofa.

Single Dining Chair Next to the Armchair

Used by Leonard on the first picture, the dining table does amaze me a little. Why did they go for a dining chair instead of something more modern such as a bean bag or a retro chair?

However now it is there I wouldn’t change it as it is part of the scene you now think of when you imagine the Big Bang Theory living room.

You could go for a something unusual yourself here such as a retro chair.  It’s how close you want to match the set at this point. 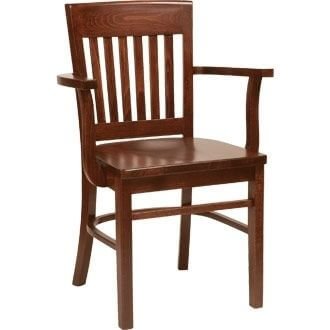 Situated in most episodes behind the camera the office chair is used by Sheldon in several episodes. Often used when video calling or working.

Having longevity and ergonomics in mind we went for an executive chair to provide more back support. (We were thinking beyond the first 7 days of excitement of having the same computer chair as BBT.) 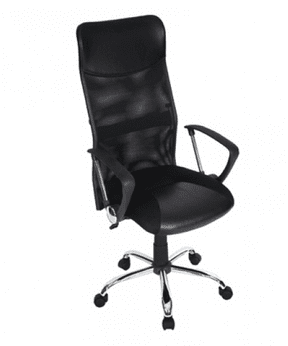 Below is a popular shot of the room where you can just see the top of the computer chair which is how the scenes are mostly filmed.

However there are a few scenes with the computer desk featured such as the scene below.

With it not being such a dominant feature in the room layout we suggest, a dark glass computer desks.  Don’t forget the setup in BBT Apartment 4a is two desks, one for Sheldon and one for Leonard.

Not always visible but you may notice the trunk to left of the sofas (opposite side to Sheldon).  Not highly important you fit this in to make your room look exactly the same as the main items including the bookcases, chairs, sofas and desks but if you want to add the final touches I would add it in there.

You may notice that the one on set includes stickers so these can be added yourself to make the trunk personal to you.

The trunk can be found at The Front Room UK

Below are action figures above the dining table/bar table