Active CMS Builder
We use cookies to make your experience better. To comply with the new e-Privacy directive, we need to ask for your consent to set the cookies Got It!

The History Of Retro Furniture 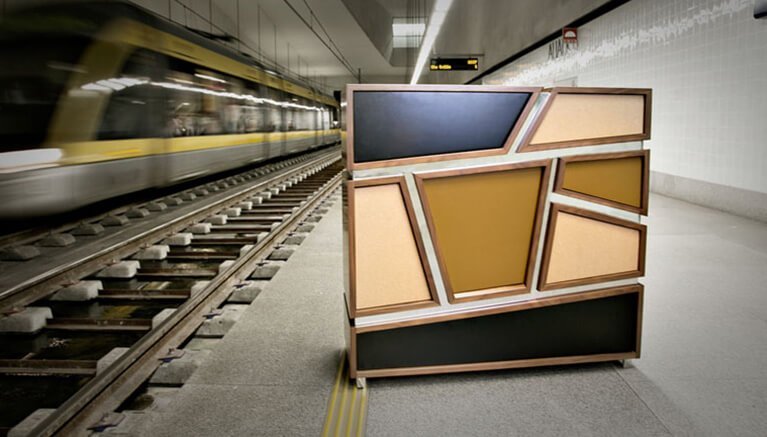 The term retro derives from the Latin adverb retro which translates as backward, formerly, or behind. Thus retro design is a style that looks back on previous decades for design inspiration. Retro differs from antique in that retro items are usually newly created pieces using older designs, whereas antiques are old items that were created in the past. Retro style is in essence, modern design that uses and imitates trends of the recent past that had been rendered unfashionable.

Let’s delve into those great retro styles and understand where they came from. Looking through the decades to see which era we can associate different styles too. What’s great about the style is Grandmother’s once unfashionably hideous avocado green sofa is now deemed trendy and retro. Retro design is nothing new, 19th and 20th century interior designers used trends from the recent past to design homes.

Trends from recent decades, the 50’s 60’s, 70’s and more recently the 80’s are now considered retro. So let’s consider what exactly these trends were:

1950’s: Think post war mass production. This decade saw a massive increase in furnishing for the home as economies around the world improved after the Second World War. People sought to spend their hard-earned cash on modern pieces of furniture. Newly built homes were smaller than pre-war ones and so emphasis was on creating more space by using slim-line designs. Bold wallpaper patterns formed the perfect backdrop to sleek pieces of furniture. Bar stools became a popular feature of the kitchen, think of the American diners popular in this decade. Big chrome appliances filled kitchens, bright colours, for instance, reds and greens covered the walls and were used on fabrics. 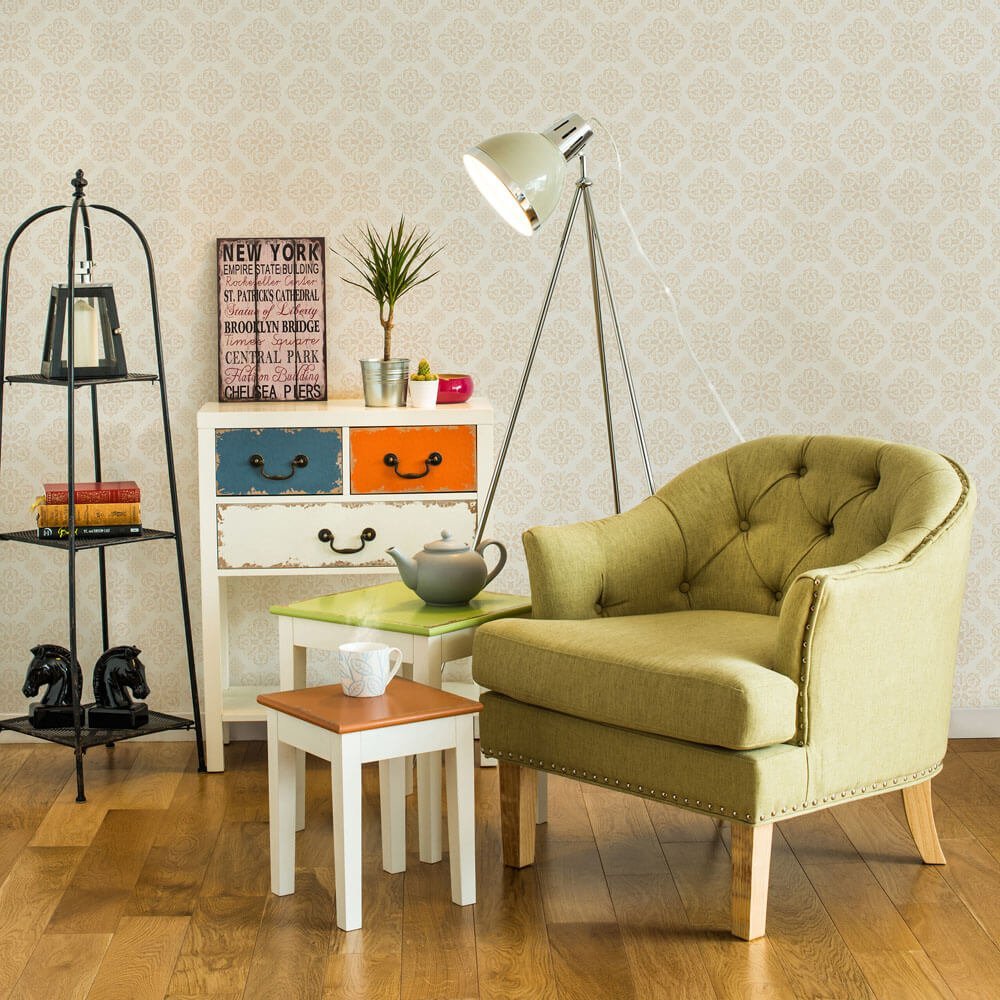 1960’s:  The 60’s, a decade of rebellion and a rejection of the establishment – this was also reflected in the trends of this decade. We see a development of the previous decade; brighter, bolder colours louder patterns. This style is fun and allowed people to explore their own style and personalities. Patterns were psychedelic and bright. Sideboards became a feature of this decade and low-level coffee tables became a must have in the home. Lava lamps spring to mind when we think of the 1960’s as do plastic and inflatable furniture. 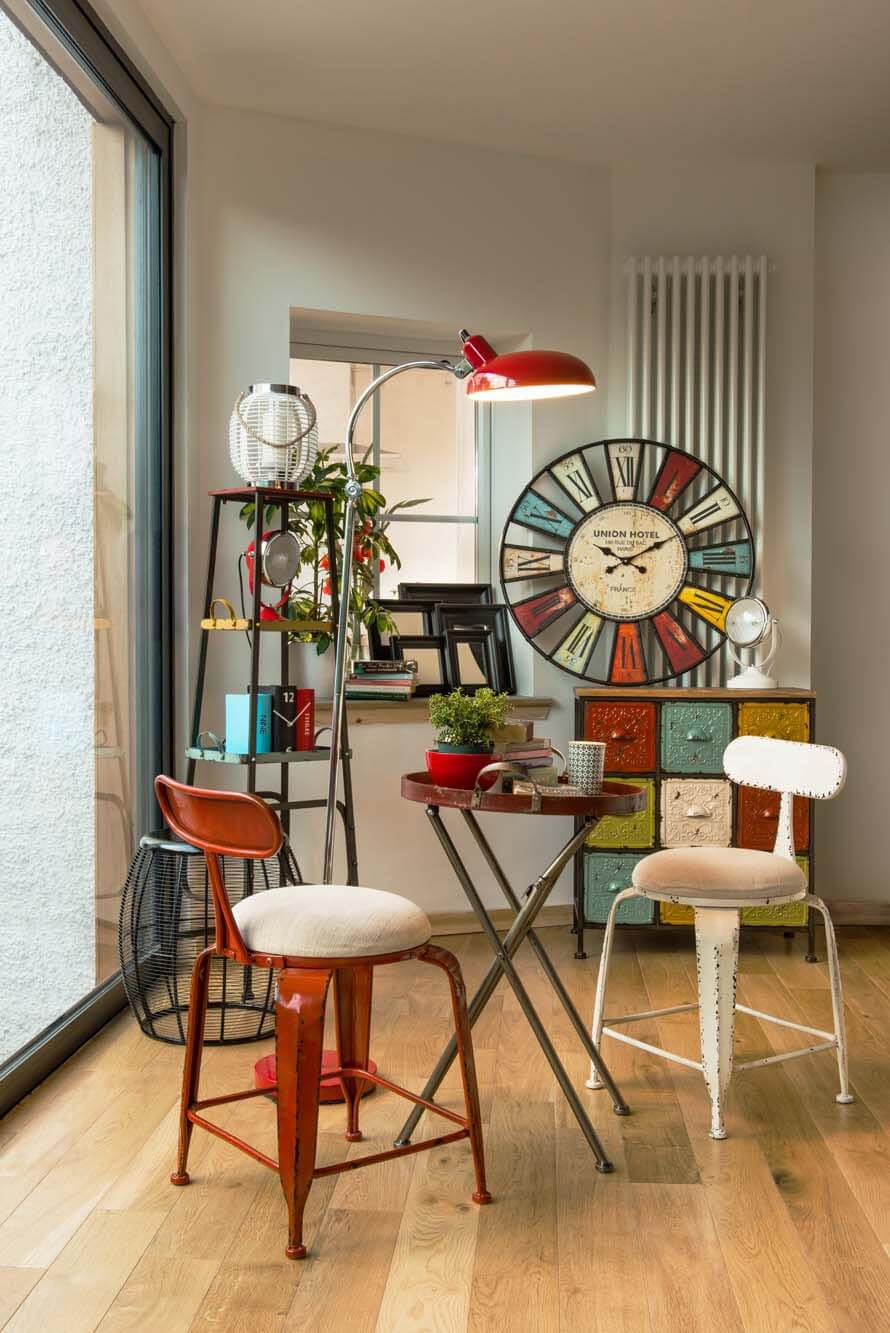 1970’s:  As with the previous two decades, bold prints were popular. Honey mustard, browns, oranges and greens remind us of this decade. Furniture became somewhat bigger in the 70’s, a reaction against the sleek modern furniture of the 50’s and 60’s. More Brits were able to buy homes at this time and so individuality was encouraged in design as home owners expressed themselves through their furnishings. Plastic furniture was popular combined as were moulded chairs, tables and sofas. Wooden furnishings or semi-wooden furniture was also a musty have in the home.

1980’s:  More recently the 80’s have been added to the retro category. This decade was greatly inspired by the art deco movement of the 1920’s. floral patterns were everywhere, as were vibrant colours such as pinks and yellows. Country, wooden styles were to be found in most homes too. 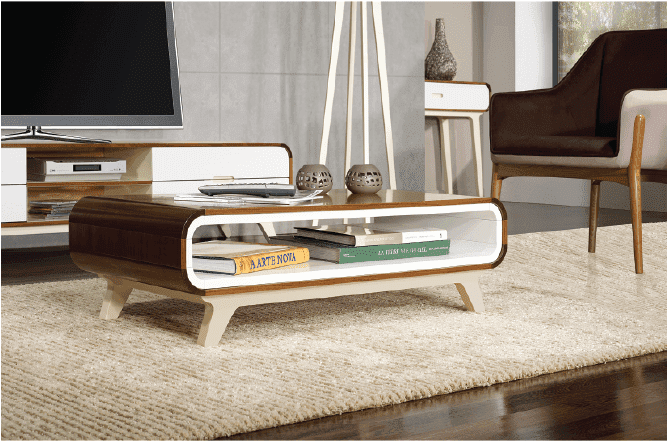 Although these designs differ, they all fall into the same category; retro. It is simple enough to turn your home retro with either lots of pieces of furniture or with a few choice items. Retro is bold and confident and makes a clear statement about you and your home.

You can buy Retro Furniture at Zurleys